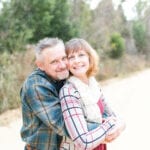 Debbie joined the staff of Morningside in March, 2016. She is married to Mark and they have four grown sons, 2 daughters-in-love and 3 grandchildren.  As a military family, Debbie and Mark have lived all over the United States. Wherever she has been, Debbie has immersed herself in ministry opportunities and considers her position with Morningside a ministry rather than a job.
Debbie’s favorite passage of Scripture is Matthew 6:19-21:
Do not lay up for yourselves treasures on earth, where moth and rust destroy and where thieves break in and steal, but lay up for yourselves treasures in heaven, where neither moth nor rust destroys and where thieves do not break in and steal. For where your treasure is, there your heart will be also.